Our extraordinary knowledge in the car collectors domain 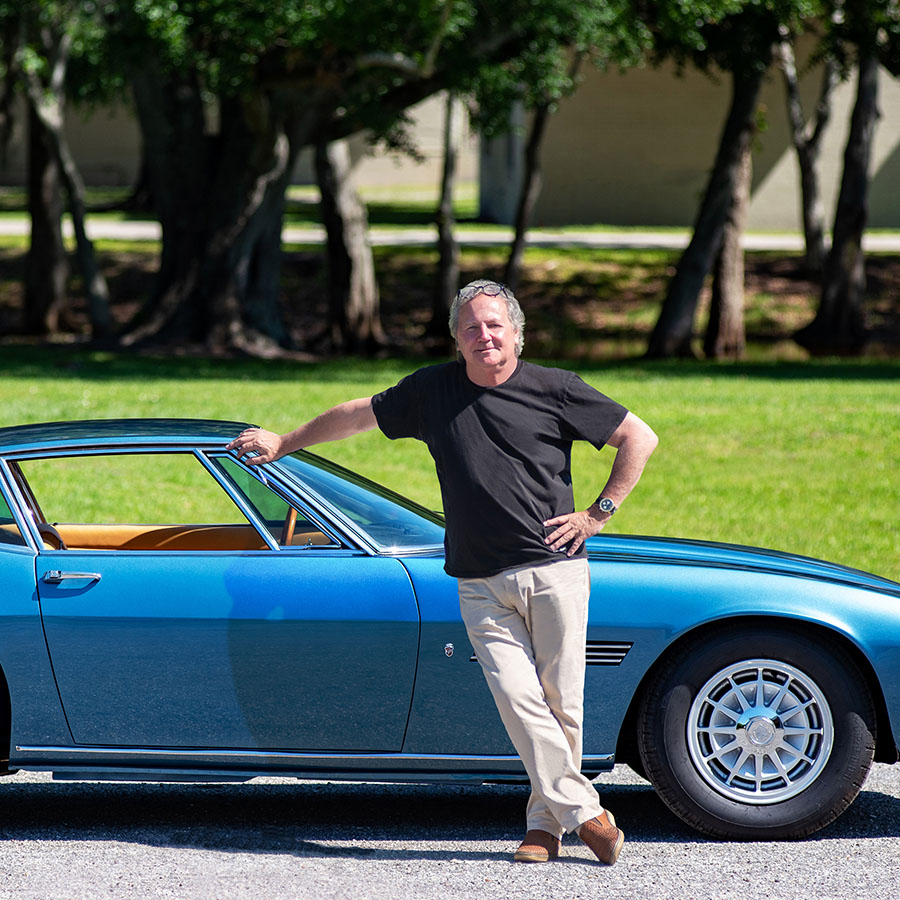 Martin started this lifelong adventure with classics as a child in native England, where at a young age he realized his love for cars. He moved to the US to central, Illinois and found himself at the “ultimate car enthusiasts playground” … his uncles Lincoln Mercury – Studebaker Dealership. The trade of American finned and chromed cars, as well as British and European classics began as his passion, and is now his lifelong profession. Martin started selling one car to buy the next better car, and then began collecting and selling cars throughout the US and Europe. He quickly developed a compelling reputation and a strong following among car collectors worldwide, and as his reputation grew, so did his business.

Since its inception in 1989, Vintage Motors of Sarasota has enjoyed a worldwide reputation for having extraordinary knowledge in the car collectors domain and a conscientious trade history. As chairman and founder, Martin’s entire career has been devoted to the classic car industry. His “hands on approach” has afforded him the distinction to have seen many of the world’s highest acclaimed cars pass through Vintage’s doors. A life-long love for cars, and an authentic entrepreneurial spirit has driven him to build a choice collection of distinguished cars, making his knowledge of classic cars unique. 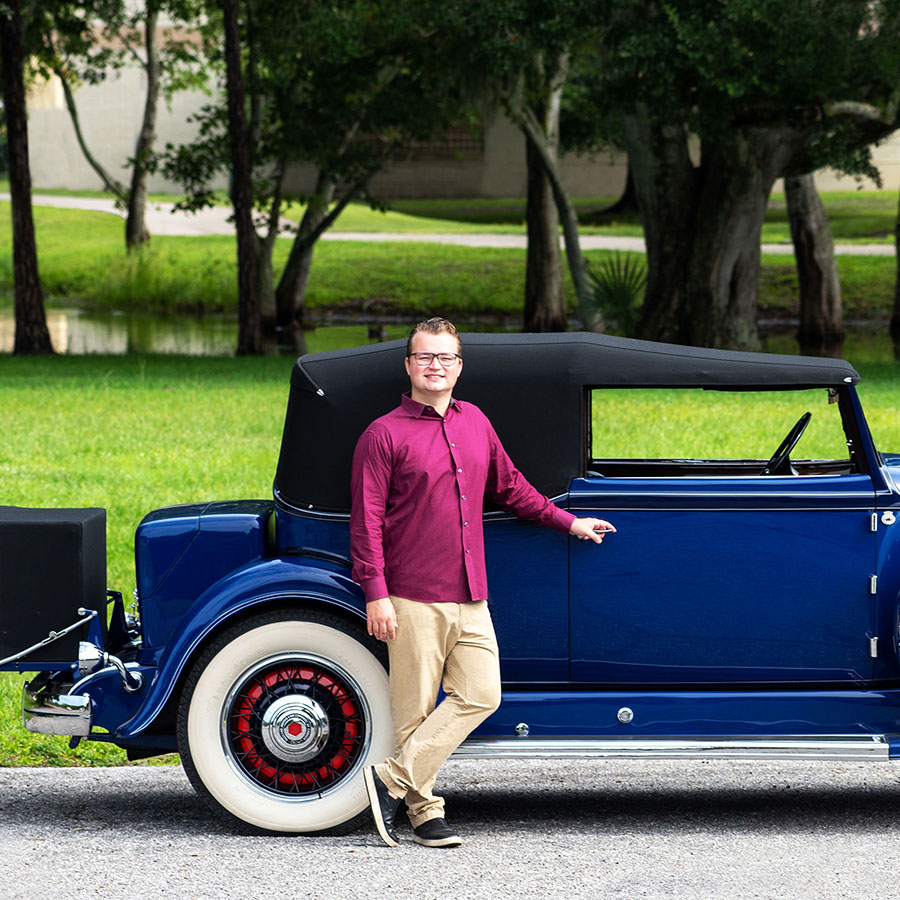 Born in Sarasota, Blake is the eldest son of Martin Godbey. He grew up surrounded by blue water, sunshine, palm trees and an amazing variety of classic collectible cars. Much like his father, Blake possesses an inherit passion for classic cars and has always had a relentless yearning to learn as much as possible about them. As a true classic car enthusiast, he has become thoroughly immersed in all aspects of the classic car industry. 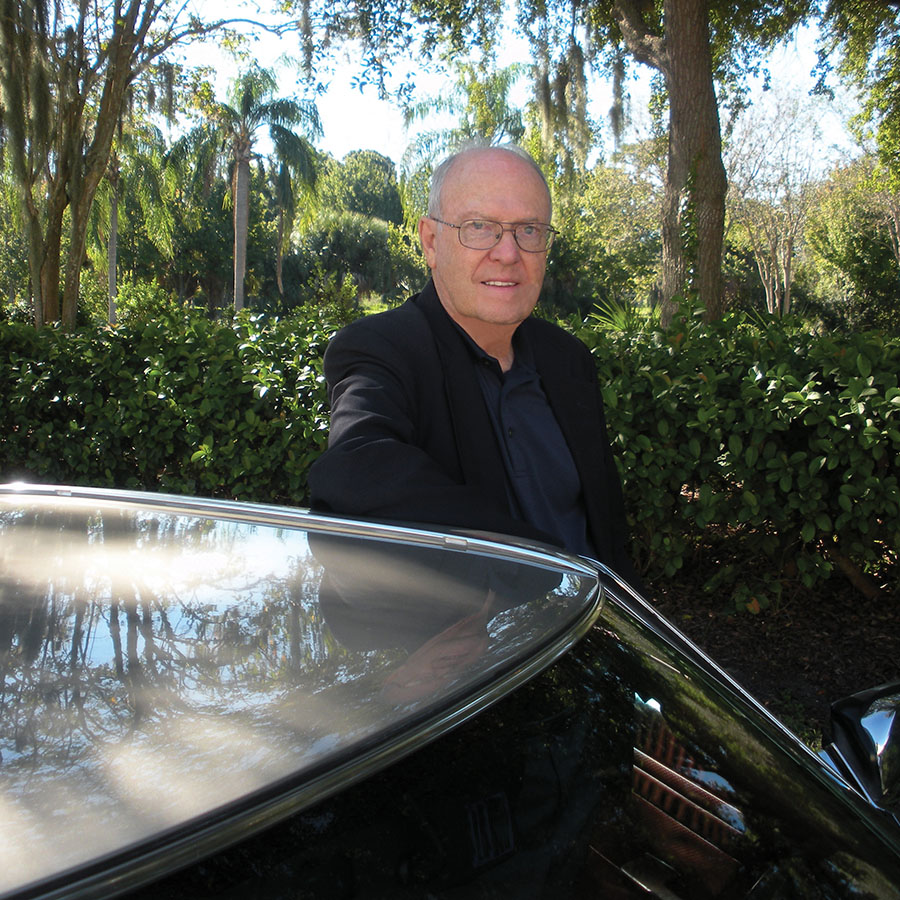 Born and raised in Ohio, Don currently resides as a semi-native of 30 years in Bradenton, Florida and has been with Vintage since 1997. He’s known and respected throughout the classic car industry as a noted expert and vintage automotive book and literature vendor, with an extensive collection, specializing in out of print, limited issue volumes of classic cars. He also specializes in and stocks French automotive books.

His role at Vintage Motors not only involves sales, but he is also relied upon for his invaluable knowledge and insight on the history and characteristics of almost all aspects of the classic car and vintage car trade. When Don is not enjoying spending time with his family, he is likely to be found researching or writing something regarding his latest classic car escapades. His appreciation for a wide range of cars is obvious, but his favorite car Marque is Bugatti.